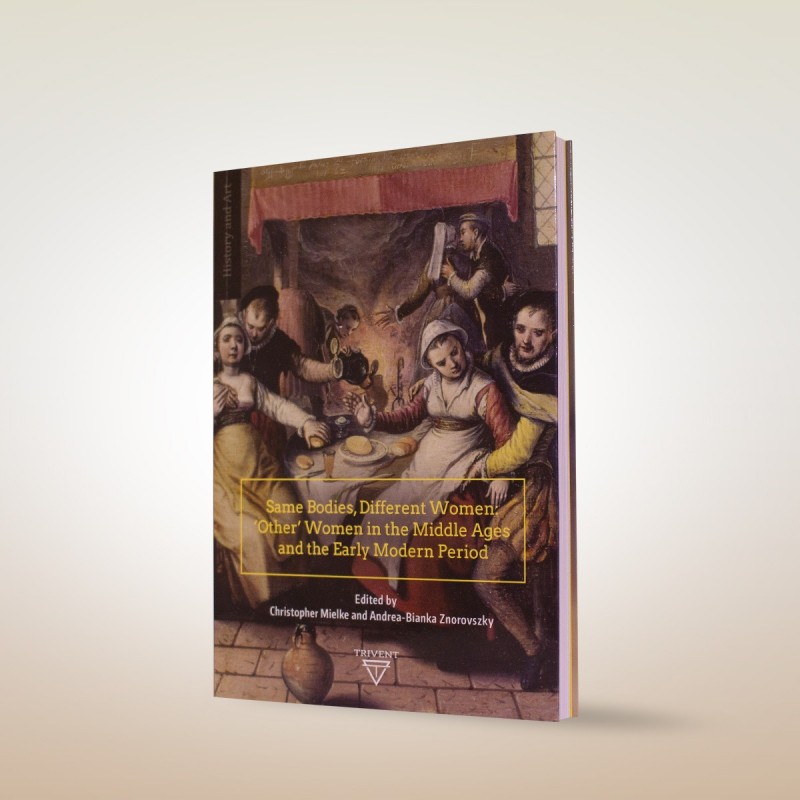 Abstract: In the margins of a late thirteenth century Franco-Flemish copy of the Arthurian Vulgate cycle, New Haven, Beinecke Rare Books & Manuscripts Library, Ms. 229, a woman picks up her distaff, not to spin thread, but rather to mount a horse and joust against a defenseless man. In this instance, the motif’s interaction with the component parts of the manuscript page is crucial for understanding its meaning. This paper will discuss the implications of a marginal motif depicting a physical battle between a mounted woman and man which appears in manuscript owned by a family of Flemish nobility in open rebellion against the French crown.

A Heretic with a Distorted Face: Sophia of Montferrat, the ‘Other’ Empress of Byzantium

Abstract: Focusing on the idea that even a princess favored by both the senior emperor and the Pope could become an outcast and fail to succeed in her role, the present paper describes the life of Sophia of Montferrat, an Italian noblewoman of Byzantine descent who married John VIII Palaiologos in 1421. The aim of the author is to inquire into Sophia’s life and the circumstances which led to her being rejected by her husband and her subjects, preventing her from successfully integrating into Byzantine society.

Abstract: In the late fourteenth century, Prague was one of Europe’s largest and richest cities, having been considerably enlarged under the ruler of the Emperor Charles IV. Though the city was famous as an imperial center and a celebrated place of pilgrimage, this thriving metropolis also boasted several brothels, as well as a community of women engaged in both licit and illicit sex work. This paper will examine attitudes towards women in the Prague Archdeaconate Protocol from 1379 – 1382, which records dozens of complaints about women who were openly or ‘clandestinely’ engaging in sex work.

Abstract: Municipal authorities officially established urban brothels in late medieval Austria as a necessary evil in order to control the lust of unmarried men and thus protect women from sexual abuse. During the course of the fifteenth century, brothels began to flourish in cities all over Austria until their abolition during the period of the Reformation and Counter-Reformation in the sixteenth century. This paper focuses in particular on four Tyrolean brothels (Bolzano, Hall, Innsbruck and Merano) and on the relevant sources of late medieval brothels in general, taking into account both their potential as well as their limitations. Certain sources allow a closer look into the daily life of both the prostitutes and the brothel keepers. Court cases sometimes provide information about the names of people and their daily business. Second, it concentrates on everyday life in these brothels. Prostitution was handled as a “safety valve” to provide a sexual outlet for unmarried men; they are, therefore, an instrument to guarantee the pax urbana. Furthermore, the brothels provided the possibility of controlling extramarital sexuality. For this reason, the municipal authorities also tried to prohibit clandestine types of prostitution – no doubt to also protect their own financial interests.

Prostitutes and Urban Communities of Medieval Slavonia: Examples from Gradec

Abstract: The focus of this paper is the position of prostitutes in urban settlements of medieval Slavonia, a part of the medieval Kingdom of Hungary. The following questions are discussed: which social group did prostitutes come from, what possible reasons led a woman to become a prostitute, were prostitutes involved in the other types of criminal activities, how were prostitutes organized, in which part of the city were prostitutes situated, and what do we know about their customers? The research shows that prostitution was not limited only to members of the lowest layer of society and people on the margins, and that there existed a certain tolerance towards prostitution.

Abstract: It is well known that the “world’s oldest profession” was widespread across all of the Old World and that almost every pre-modern city had one or more brothels or “bathing houses”, even though official public opinion and governments may not have encouraged this. In actuality, such establishments were a part of the local offer of amusements, especially in market towns and harbors which were frequently visited by outsiders. This contribution focuses one of these establishments – the official city brothel, its personnel and clientele using medieval Dubrovnik as a case study. Moreover, considering how even today public opinion is sharply divided on the issue of prostitution, investigating its medieval past also shows a wide range of conflicting attitudes.

Rub-a-dub-dub, Three Maids in a Tub: Women in Bathhouses and Secondary Sites of Sex Work in Medieval Hungarian Towns

Abstract: Sex work in the Middle Ages could occur at an official city brothel, at a bathhouse, in a private residence, or on certain streets. While the locations of municipal brothels are known in five cities from medieval Hungary, little has been discussed about other sites of prostitution. The first part of this paper aims to better understand what kind of women interacted with bathhouses in the Kingdom of Hungary and determine if there is any link between the city brothels. The second aspect explored will be using etymological history to understand the geographic links between brothels, bathhouses, and streets associated with sex work in medieval Hungarian cities.

Abstract: Usually considered to be “women’s work”, this paper takes a close look at how laundry was done in medieval Poland, calling into question common historical stereotypes. Washerwomen have all too often been portrayed as helpless victims in modern scholarship, forced by circumstances into an impoverishing, dirty profession eventually flowing into a downward spiral towards prostitution. However, evidence from medieval Poland argues that this paradigm ought perhaps to be re-examined. Employed by a wide section of society (for instance, students, clergy, and even the royal court) these women who scrubbed, rubbed, and bleached for a living were a constant fixture in any urban community. This paper explores who did laundry in medieval Poland and how, the status of the women who did it, and contemporary views of these “other” women.

Abstract: This paper examines the evidence that owners of slaves had sexual relations with their female slaves in Árpád-era Hungary (1000-1300). The evidence comes in two types – manumission charters from the dominant Christian culture and the testimony of a visiting Arab geographer, Abu-Hamid al-Garnati. Both sets of evidence show clearly that such sexual liaisons were not uncommon and that the nature of these relationships varied significantly. Islamic law promoted the sexual use of slaves while Christian moral precepts in theory forbade it. In practice, the situation was very different. The relationships between slave and owner were mostly exploitative though not necessarily so.

Abstract: This article discusses the stance and strategies of town magistrates regarding various kinds of sexual behaviour in the kingdom of Hungary in the second half of the sixteenth century. The study is based on the analyses of judicial cases of accused women. It examines not only the nature of sexual crimes and imposed punishments, but also how the language was used in the court records to name and label the offences and offenders in a way which reflects the moralistic discourse of the period. This period witnessed a crucial shift in the attitude towards extramarital sexuality, prostitution and brothels. While brothels existed in towns in the late medieval period and the beginning of the sixteenth century (some brothels even under the official control of themagistrates) the events of the Reformation abolished many of these institutions and all prostitution was criminalised and prosecuted.

De Ardentissimo Amore: Between Rape and Adultery – a Sixteenth-century Trial

Abstract: Quite often, studying medieval sexuality and sexual practices, for most territories, can prove to be difficult, and even more so when assessing eastern European territories, such as medieval Transylvania. One reason for this is that usually rape, adultery, and other types of illicit sex were seldom noted in official records. Another is that the quantity of medieval texts is reduced in comparison to Western and Central Europe. Moreover, for territories like Transylvania, researches regarding themes belonging to this area have rarely been in focus. The present paper aims to analyse a case surrounding illicit intercourse based on a charter discovered during the national project of digitization of the Romanian National Archives, in the Archival fund U IV from the Sibiu National Archives. The main goal is to put this court case in the context of the epoch and determine the possible outcomes of this trial.