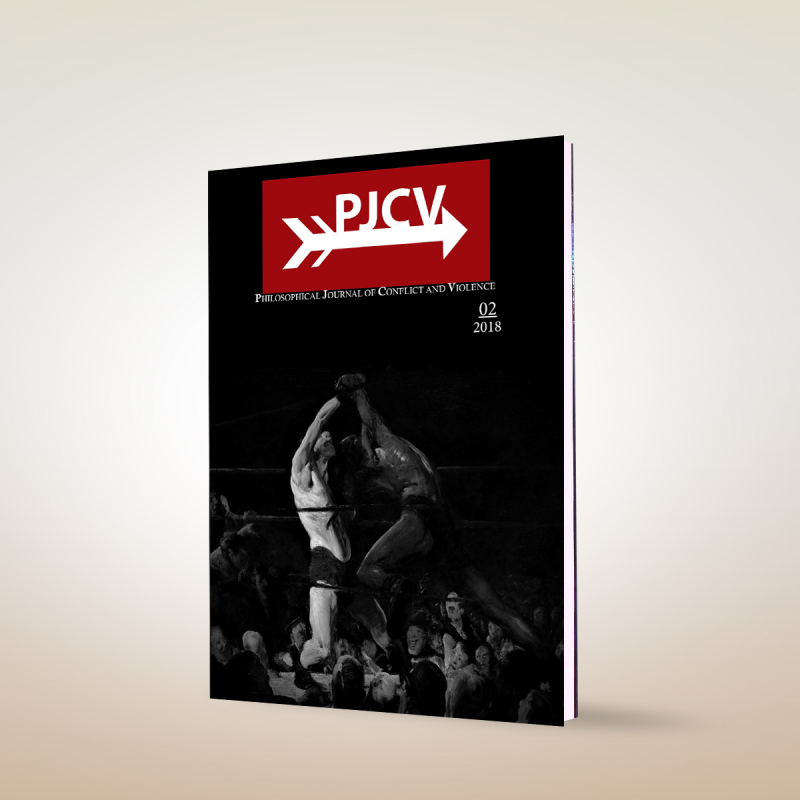 Abstract:
Since the end of the 19th century, three combat sports – Boxing, Muay Thai, and Mixed Martial Arts (MMA) – while different from the point of view of their respective regulatory frameworks and of their technical specificities, have alternately become the target of analogous waves of criticisms, even of “moral crusades.” These are a product of converging discourses of stigmatization coming from policy-makers, from sport managers, as well as from journalists. In a recurrent way, these activities have been accused of being extremely brutal and contrary to the values of sport, and, more so, of degrading human dignity. Formerly deemed to be illegitimate and immoral, Boxing and Thai boxing have been, however, each in its turn, progressively accepted in society, recognized as sports disciplines, and considered as having educational potential. Nowadays, the diatribes mainly focus on MMA. The objectives of this contribution consisted of specifying the socio-historical circumstances of these denigration campaigns against combat sports, between permanence of criticism and periodic reconfigurations of the targets, as well as understanding the social factors underpinning this. In this respect, we formulated the hypothesis that the successive focus of condemnations on these three disciplines could be understood at the interface of an effect of social stigmatization of their participants coming from the most marginalized social backgrounds and of the necessity to define, in a context of axiological crisis, a consensual standard of moral monstrosity..

Abstract:
North American Indians have often been perceived as violent, bloodthirsty human beings. The horrified fascination exerted by this violence on the European imagination takes hold of all historical accounts and lies at the heart of the smallest social productions. The sports games, whose imposing corpus is intriguing to the colonists, are also perceived as a cultural element of this gratuitous violence, a biological one, even, as inherent to their “wild nature”. And yet, far from being instinctual, this violence takes on a ritual and propitiatory dimension that is at the same time at the service of private interests, but also, and especially so, of tribal ones. By taking possession of the lacrosse game through its institutionalization, Canadians hope to control the violence of this emblematic game-ritual. Despite a deep transformation of the game, the instinctual manifestations in the human relationships that are supposed to decline through the internalization of restrictions subsist. The original game still seems to express itself through this violence-based relationship, no matter how codified. Drawing on archives ranging from missiological writings to anthropological documents, as well as on recent academic studies, this article tries to dispel the defining halo of a violence sometimes confused with distinct forms of aggressivity.

Abstract:
Within the sporting landscape much has changed from the proliferation and integration of new technologies, for example, the practice of mixed martial arts (MMA) has developed on the fringes of modern sport. It combines several martial arts, is practised in a cage, and allows ground strikes. MMA is presented here within a framework inspired by Norbert Elias’s theory of civilizing of aggressive impulses through sport. We reviewed more than 20 years of literature, with 785 international references and a triple analysis of the discipline, those being physical violence, symbolism, the play impulse.

The Concealment of Violence in the History of Fencing: Semantics, Codification, and Deterritorialization
Author(s): Elise Defrasne Ait-Said

Abstract:
Depending on historical periods and individual perspectives, fencing has been defined in various ways. Indeed, fencing has been regarded as an art, and/or a science, and/or a sport, and/or a game. This paper shows that those various attempts to define fencing throughout history are strategies aiming to conceal the founding violence of fencing (although these strategies do not prevent the emergence of further forms of violence). The study demonstrates that these strategies pertain to semantics, to regulation and codification of fencing, and to more recent phenomena which are linked to the deterritorialization of the practice of fencing.

Abstract:
This paper explores the way violence is understood and controlled in judo. The analysis is based on historical sources and classic principles of the martial art as well as in the regulations and official guidelines of the main institutions governing sportive judo. The focus is on the apparent tension between the principle of “maximum efficacy” (Seiryoku-Zenyo) and the way violence is addressed at no less than three levels: in sparring and competition, in teaching and training, and in society at large. The conclusion being the claim: judo is a “non-violent martial art”.

Abstract:
This paper takes up the question of the place of martial arts in a Christian response to violence. In light of René Girard’s mimetic theory, how can, or should a person of faith consider the practice of martial arts for the purposes of self-protection? This paper will respond to the question by showing that, Girard’s theory situates humanity in the realm of an intermediary process awaiting the consummation of the kingdom of God. We shall discover that we are “on the horn of a dilemma” in having to contend with the excesses of unremitting violence and the deficiencies of cowardice. A surprising compliment to Christian ethical behaviour can be found in the Eastern martial arts, which will be more closely observed through the traditions of Japanese samurai culture. We shall discover that virtue can be found in self-defence through a balance of Christian principle and martial art practice, which promotes peace and harmony in a sin-riddled world.

Ultras in the City. A Sociological Inquiry into Urban Violence in Morocco
Author(s): Abderrahim Bourkia

Abstract:
Football fandom in Morocco has led to collective action performed by fan-groups or ultra-groups. Admittedly, this particular type of collective expression reflects young Moroccans’ commitment to the values and events of their football team. However, ultra-groups tend to act out with violence, and their actions often cause collateral damage. I first aim to show how ultra-groups help to forge a sense of personal and collective identity in young Moroccans. Then, I refer to the theoretical framework of interactionism in order to explain the reciprocal actions and rivalries between ultra-fans of the Raja Club Athletic (the “Green Boys”) and of the Wydad Athletic Club (the “Winners”). Eventually, I highlight that the collective actions of fan-groups also reflect young Moroccans’ concerns regarding social and political issues in their country.

Abstract:
In this article, I will look at violence from a different perspective—that is, violence regarded as beautiful. For too long, this perspective has been neglected, considered taboo, and it is precisely due to the controversial character of what the word represents, and to the double standards used when considering it. Namely that, violence can also be a means of expression in art and sports, emphasizing the qualities of the artist or athlete, as well as having an aesthetic and ethical significance. Such violence, of course, needs to be kept within certain limits and subjected to rules. And, as it turns out, sports rules legitimize violence and make it “beautiful”.

Abstract:
Olympism often presents itself as “a philosophy of life” aiming to promote “a peaceful society.” Pierre de Coubertin (1863–1937), the founder of the modern Olympics Games, is often seen as a great humanist in the history of modern sport. Indeed, scholars often state that Coubertin has worked all his life to promote social and international peace by the means of sports. In this respect, the “Olympic Truce” would stand as a symbol of the pacifists aims of Olympism. However, as my paper aims to show, those common depictions of Olympism rest on a misunderstanding of Pierre de Coubertin’s conceptions of peace, conflict, and sport. First, Coubertin does not understand peace as a condition which excludes human conflicts. Second, he defined sports as a means for social control. Third, in Coubertin, sports are not directly a means to promote pacifists ideals. Rather, peace appears as means to promote the values and ideas embodied by the sportsman. My study delves into this ambivalent relation between peace and sport in Coubertin.

Abstract:
Pierre de Coubertin’s ambiguous ideas regarding sports, conflict, violence, and war are clearly illustrated in his article “Sport and Warfare” that he wrote for the Revue Olympique in 1912. In this short essay, the founding father of the modern Olympic Games contends that there is no direct causal relation between sport and war. Rather, sports can be conceived as a social instrument which shapes the bodies and minds of its participants. While, on the one hand, sports may help men to feel ready and prepared for war. However, Coubertin believes that sport and its philosophy may teach future soldiers to behave more virtuously and less violently. His hope is that, through encouraging future soldiers to display specific skills and sportsmanship on the battlefield, sport may help in humanizing and rationalizing modern warfare.

The Ethical Status of the Bull in Corrida
Author(s): Francis Wolff

Abstract:
This paper aims to offer an ethical defence of the modern practice of corrida. First, the study introduces a criticism of contemporary “animal liberation” ethics. Secondly, it draws a new set of principles and guidelines regarding our moral behaviour towards animals. Eventually, the study demonstrates that the ethics of corrida are based on the respect for the bull’s nature which is defined by the concept of “bravura”.

Violence among Beasts. Why is it Wrong to Harm Nonhuman Animals in the Context of a Game
Author(s): S.P. Morris

Abstract:
The thesis of this paper is that games and sports that harm nonhuman animals are unethical because they exceed the permissible limits of optional harm and the more harm the game imposes on the nonhuman animal(s) it objectifies the worse the ethical transgression. Factors in the analysis include the nature of games and sports, the ontology of beings (i.e., human and nonhuman animals) in games, the mitigating power of informed consent among human game-players and its absence among nonhuman game players, harm, and intent.

Abstract:
This study is based on the self-reporting by circus artists’ concerning their injuries. We refer to the theoretical framework of emersiology and argue that circus artists may be able to soothe their distress and pain by learning through their body. We will draw further on the comparison between our therapeutic approach and the techniques of self-care introduced by Michel Foucault in his History of Sexuality.

Abstract:
Stephen King’s novel The Long Walk, written under the pseudonym of Richard Bachman, offers a vision of sport in a near-future society, where death-sports serve as a major spectacle. This was designed as a critique of trends and problems in sport in the 1960s and 1970s, with over-commercialization and increased violence. Some of this has been mitigated by recent rule changes in the world of sport, but King’s writing prefigured the rise of reality television, where people are practically willing to risk it all for personal gain. 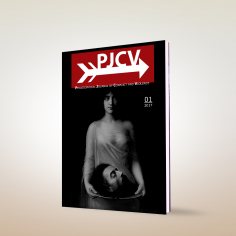 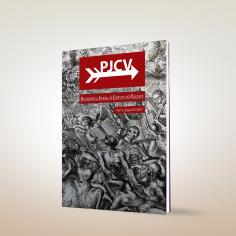 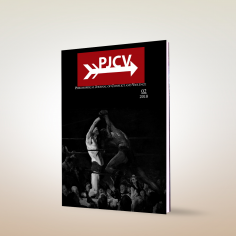