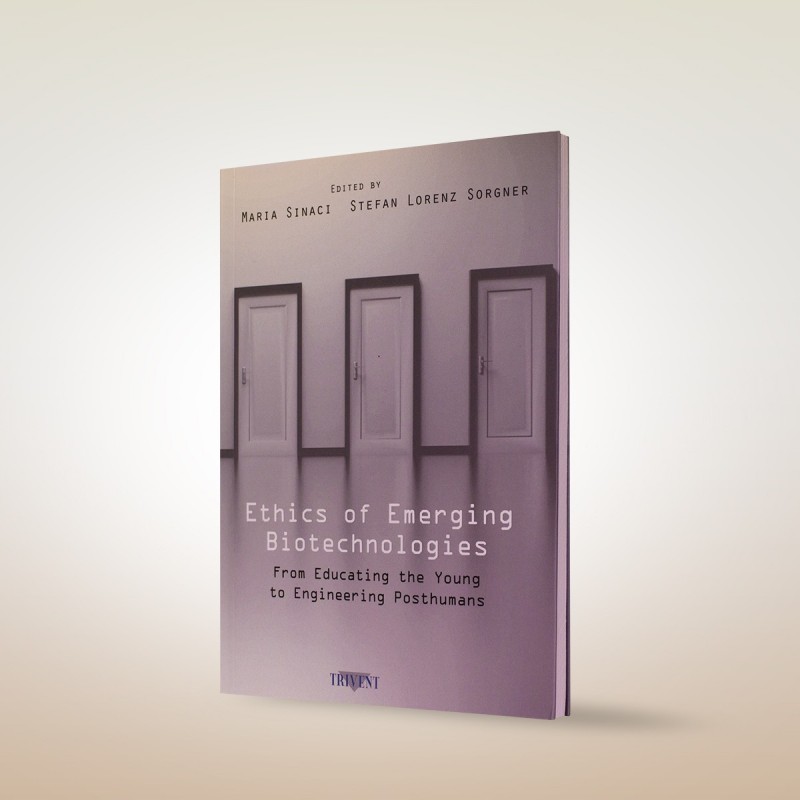 Ethics of Emerging Biotechnologies: From Educating the Young to Engineering Posthumans

Pastor Fritz Jahr used the term bioethics as early as 1927. It was not until the early 1970s that the term was rediscovered in the United States. Since then, the relevance of this emergent academic field of studies has permanently been growing, as the age of biotechnological and medical innovations has only just begun. Enormous progress can be expected in various areas relevant to bioethical discourses in the coming decades and centuries. In the past years, the invention of CRISPR/Cas9 has radically changed the possibilities concerning genetic modifications, even germline modifications have turned into a practical option. These developments need to be investigated by academics from various disciplines, which is the reason why the conference series on Bioethics in the New Age of Science was initialized. The present volume consists in selected papers from the first International Conference on Bioethics in the New Age of Science, which took place on the 4th and 5th of May 2017 at the “Vasile Goldis” West University of Arad, Romania.

Abstract: The following three re-evaluations lead to a radical paradigm shift which has occurred at least since Darwin’s times:

- A move from a dualist anthropology towards a non-dualist one

- The posthuman can come about by means of digital technologies or with the help of biotechnologies whereby the field of genetics, on which I focus here, is particularly relevant

These three basic insights lead to a massive number of intellectual, social, political, ethical, and economic challenges. In the following reflections, I will present a selection of emerging bioethical issues concerning gene technologies, in particular CRISPR/Cas 9, and how they can be addressed in an appropriate manner within a wider cultural context.

Can Ethics Govern Technology? Bioethics in the Age of Techno-Science

Abstract: One of the premises behind bioethics is the conviction that ethics can govern technology. But is this conviction still tenable? In trying to answer this question, we cannot evade the line of thinking inspired by Heidegger that continues to be wholeheartedly sceptical about the chances of ethics steering technology. Battling against this scepticism, the aim of this chapter is to demonstrate that a different relationship between ethics and technology is feasible. This is done by referring on the one hand to Habermas, to debunk the theory that the powerlessness of ethics is a natural necessity, and on the other to Ladrière, to identify the conditions for technology to become an element of moral creativity.

Abstract: Animal suffering is an obvious consequence of different animal experiments and factory farming. Everybody can observe the terrible online data and images on this issue. From the birth of bioethics in the 1960s, it has become clear that animals should get more clear-cut defence than human beings since they cannot protest and give informed consent. The Animal Rights Movement became stronger when Peter Singer published Animal Liberation in 1975. Tom Regan went further than Singer with his speciesism when he claimed that animals are “subject of a life” and they have moral rights. This chapter will show, in the light of modern ethology, that these views (Singer and Regan) cannot be founded philosophically, and that we should return to Immanuel Kant’s standpoint. It is good enough to determine our moral relationship to animals, and above all, it is a provable standpoint.

Neuroethics and Moral Enhancement: The Path to a Moral World?

Abstract: A central theme in the bioethical debates of the 21st century is human enhancement, approached from different perspectives, such as cognitive or aesthetic enhancement – however, the most provoking approach is that of moral enhancement. A society with a majority of moral people is a historial dream of humankind, and some researchers argue that we may be nearing it. This chapter discusses several conceptual and ethical issues resulted from moral enhancement. It aims to show that today’s direct interventions of moral enhancement, which are supposed to make man more moral, fail in their aim to make the world a better place.

Abstract: This chapter will consider the significance of public deliberation for decision-making on bioethical issues. In the past couple of decades, deliberative democracy has become the dominant point of view in democratic theory. There is no doubt that bioethics is the field marked by numerous reasonable disagreements. However, some authors have expressed a view that it is precisely because of this that deliberative democracy can be of immense importance in this context. In this chapter, I will primarily discuss the role of public deliberation on human biomedical enhancements. This is the reason why I will discuss the view of Alan Buchanan, who maintains that in order to face problems associated with biomedical enhancements, it is crucially important that there be an appropriate institutional framework.

On the Ethical Issues of Bilateral and Contralateral Risk-Reducing Mastectomy

Abstract: The principles of beneficence and patient autonomy can clash in various ways; this is the case of bilateral risk-reducing (BRRM) and contralateral risk-reducing mastectomy (CRRM). Mastectomy, however, is rarely treated as an ethical issue. The literature of BRRM and CRRM is dominated by the topic of risk-assessment. In this chapter, we are going to analyze BRRM and CRRM from a moral point of view. We are going to argue that patients’ autonomy and women’s self-determination over their own bodies can be considered as an indication of risk-reducing mastectomies.

Haematological Patients’ Perception of Their Quality of Life

Abstract: The therapeutic management of haematological patients dramatically changes the lives of patients. Quality of life is a modern concept which tries to help the patient and refocuses doctors on improving not only the patient’s symptoms and disease itself, but also the patient’s overall well-being. This chapter will highlight the most important factors which can modify the onco-haematological patient’s quality of life, stressing the importance of biological, psychological, and social factors.  In identifying these factors, we used two standard questionnaires which evaluate the quality of life on various fields. The results showed that physical status, mental health, and social factors influence patient quality of life.

Is Death the Enemy? The Normative Power of Metaphor in Bioethics

Abstract: This chapter explores the role of metaphors in biomedical ethics. It maintains that metaphors have an important normative function in medical and moral deliberation: they affect thought and guide actions. We use as a case study the dominant metaphors of death and dying employed by critical care physicians. We identify three prevalent metaphors in end-of-life care: the WAR, TORTURE, and ART metaphors, and demonstrate their normative functions. The metaphors shape physicians’ attitudes towards the dying, guide their reasoning and conduct, and influence their decisions on end-of-life care. We trace the moral implications of each metaphor for the treatment of the critically and terminally ill patients and show how the metaphors shape and constrain the moral deliberation of physicians. Our conclusions have far-reaching implications for bioethical reasoning and education, and could be applied in resolving ethical conflicts between patients and providers by identifying the conflicting metaphors, analysing their normative implications and actively constructing new shared metaphors.

Abstract: On existential level, the diagnosis of terminal illnesses which affect corporeal integrity also affects the perceived identity of sufferers. The physiological disorders occurred induce disruptive neuropsychological changes in their body scheme. For example, subjective awareness of corporeality includes, in various degrees, elements of perception and representation of the body parts configuration and their spatial arrangement. Our suggestion is that philosophical counselling is arguably capable to improve therapists’ communication with those who live with these illnesses and develops ways of alleviating the latter’s existential suffering. This can be done by helping them change the perception of their condition in general and of their corporeality in particular.

Abstract: In recent decades, the study of bioethics has widely spread all over the world, especially in medical schools. In Romania, Bioethics was introduced later and there are no comprehensive studies on its impact on medical practice and biomedical research. The aim of this research is to evaluate how the utility and relevance of bioethics courses is perceived within specialized academic programs in western Romania. As methodology, a questionnaire was created and applied to 154 respondents, from 4 counties of western Romania. The data obtained was collected and processed using simple statistic tools and the SPSS (Statistical Package for the Social Sciences) program. We measured simple distributions, different correlations, based on calculation of r and p coefficients, cross-tabulations, and the results were analysed, some correlations being established.

Abstract: An escalating international geographical mobility enhances and facilitates the promptness of infectious disease spreading across large regions. The transmission of influenza to healthcare practitioners, as a result of nosocomial influenza outbreaks, has been well documented. Consequently, healthcare institutions have devoted extensive efforts to the large-scale prevention of nosocomial transmission of influenza through vaccination programmes of healthcare personnel. Nevertheless, despite well-aimed endeavours of voluntary vaccination, sustained augmented-level annual immunization percentages are low. Moreover, many ethical challenges regarding vaccination are still very much present.

Legal and Ethical Rules of Performing Medical Professions in Poland

A New Pro-Natalist Tool: Parenthood as a Form of Public Employment

Cultural and Ethical Aspects of Social Desirability in Psychological Research 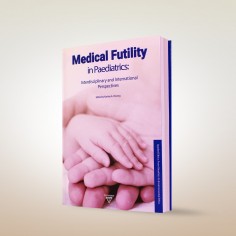 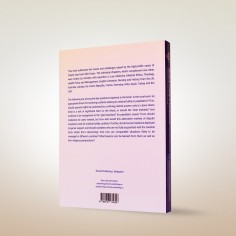 Edited by Kartina A. Choong

This book addresses the issues and challenges raised by the high-profile cases of Charlie Gard and Alfie Evans. The individual chapters, which complement one other, were written by scholars with expertise in Law, Medicine, Medical Ethics, Theology, Health Policy and Management, English Literature, Nursing and History, from the UK, Australia, Canada, the Czech Republic, France, Germany, India, Spain, Turkey and the USA.

The following are among the key questions explored in the book. Is the courtroom an appropriate forum for resolving conflicts relating to medical futility in paediatrics? If so, should parental rights be protected by confining judicial powers only to cases where there is a risk of significant harm to the infant; or should the “best interests” test continue to be recognised as the “gold standard” for paediatric cases? If not, should mediation be used instead, but how well would this alternative method of dispute resolution work for medical futility conflicts? Further, should social media be deployed to garner support, and should outsiders who are not fully acquainted with the medical facts refrain from intervening? And, how are comparable situations likely to be managed in different countries? What lessons can be learned from them as well as from religious perspectives? 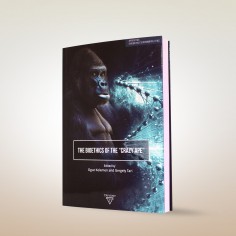 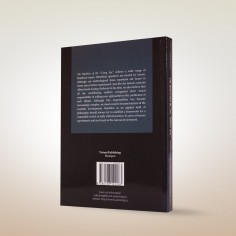 The Bioethics of the “Crazy Ape”

The Bioethics of the “Crazy Ape” collects a wide range of bioethical topics. Bioethical questions are eternal by nature, although our technologized times transform old issues in forms never before experienced. Just like the famous scientist Albert Szent-Györgyi believed in his time, we also believe that all the contributing authors recognised their moral responsibility in adding new approaches to the continuum of each debate. Although this responsibility has became increasingly complex, we must avoid to become barriers of the scientific development. Bioethics as an applied field of philosophy should always try to establish a framework for a sustainable world: in daily clinical practice, in cases of human experiments, and (not least) in the natural environment.