Why do Brits call their flag a “Jack”? How did the leek become a symbol of Wales? Does the Tube run 24/7? Who was the Widow of Windsor? Can you take part in a coronation? What was a Greenwood marriage? Was the Giant’s Causeway built by an Irish giant? Which British literary figures won the Nobel Prize for Literature? How can you register a record in the Guinness Book of Records? What is the emergency phone number in the UK?

Providing well-organised material on the UK’s history, geography, literature, royalty and society, Diana Cordea’s "BRITAIN REVEALED" is a condensed and easy to read book about all things British. It is an excellent user-friendly reference for prospective visitors to the UK, Anglophiles, or readers wishing to know and understand popular British culture.

Most importantly, "BRITAIN REVEALED" is aimed at teachers of English as a foreign language, who wish to make their English and optional classes more exciting. The plethora of information provided in this comprehensive teaching aid can be adapted to various levels of language proficiency and can be used in various classroom activities. Focusing on essential questions concerning British culture and civilisation, this volume is also attractive to learners, who will thus have the opportunity of brushing up on their English in a versatile and practical way.

CHAPTER 2. Britain's Overseas Territories and the Commonwealth of Nations

CHAPTER 4. London – The Capital of a Kingdom

DIANA CORDEA is a passionate English teacher from Romania. She holds a B.A. in Romanian and English language and literature from “Aurel Vlaicu” University of Arad, Romania, and an M.A. in English literature from the University of Oradea, Romania, as well as numerous teaching certificates and participations at national and international conferences. Apart from her work with students, she is also an avid reader and researcher of everything connected to foreign languages, literature, British culture and civilization, as well as social history.

Ambiguous Women in Medieval Art brings together the work of seven researchers who, coming from different perspectives, and in some cases different disciplines, approach the question of ambiguity in relation to different case-studies where the represented women do not follow the ever-present dichotomy exemplified by Eve and Mary. In doing so, they demonstrate the complexities of a topic that is as contemporary as it is ancient. Through them, we can get valuable insights on the understanding and experience of gender in the past and the ways in which these experiences have shaped our own understanding of this topic. 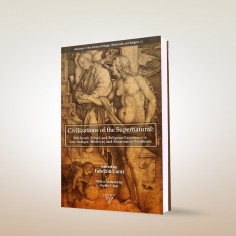 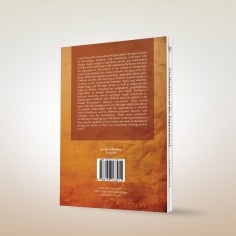 Civilizations of the Supernatural

Civilizations of the Supernatural: Witchcraft, Ritual, and Religious Experience in Late Antique, Medieval, and Renaissance Traditions brings together thirteen scholars of late-antique, medieval, and renaissance traditions who discuss magic, religious experience, ritual, and witch-beliefs with the aim of reflecting on the relationship between man and the supernatural. The content of the volume is intriguingly diverse and includes late antique traditions covering erotic love magic, Hellenistic-Egyptian astrology, apotropaic rituals, early Christian amulets, and astrological amulets; medieval traditions focusing on the relationships between magic and disbelief, pagan magic and Christian culture, as well as witchcraft and magic in Britain, Scandinavian sympathetic graphophagy, superstition in sermon literature; and finally Renaissance traditions revolving around Agrippan magic, witchcraft in Shakespeare’s Macbeth, and a Biblical toponym related to the Friulan Benandanti’s visionary experiences. These varied topics reflect the multifaceted ways through which men aimed to establish relationships with the supernatural in diverse cultural traditions, and for different purposes, between Late Antiquity and the Renaissance. These ways eventually contributed to shaping the civilizations of the supernatural or those peculiar patterns which helped men look at themselves through the mirror of their own amazement of being in this world.

Voyages and Travel Accounts in Historiography and Literature

Voyages and Travel Accounts in Historiography and Literature, Volumes 1 and 2

Travelling is one of the most fascinating phenomena that has inspired writers and scholars from Antiquity to our postmodern age. The father of history, Herodotus, was also a traveller, whose Histories can easily be considered a travel account. The first volume of this book is dedicated to the period starting from Herodotus himself until the end of the Middle Ages with focus on the Balkans, the Byzantine Empire, the Islamic world, and South-Eastern Europe. Research on travellers who connected civilizations; manuscript and literary traditions; musicology; geography; flora and fauna as reflected in travel accounts, are all part of this thought-provoking collected volume dedicated to detailed aspects of voyages and travel accounts up to the end of the sixteenth century.

The second volume of this book is dedicated to the period between Early Modernity and today, including modern receptions of travelling in historiography and literature. South-Eastern Europe and Serbia; the Chinese, Ottoman, and British perception of travelling; pilgrimages to the Holy land and other sacred sites; Serbian, Arabic, and English literature; legal history and travelling, and other engaging topics are all part of the second volume dedicated to aspects of voyages and travel accounts up to the contemporary era.

The two volumes are also available in open access.